Susan has shared the Fully Alive Texts in digital form as PDF .  You may find these helpful to draw upon.

You can put the Fully Alive books upon their VLE’s. Also Workbook and Activity Book for each year

All teachers may find the following a help ……

Each lesson follows Tom Groome’s approach of going from life to faith to life.  There are also great cross-curricular links within RE and with other subjects, e.g. geography, business, history.

Everything you require for a lesson (some could cover two class periods) can be found in one downloadable handout (pdf), which you can email to your students pre or post-lesson if you wish.  Links to YouTube clips are also embedded further limiting demands on you.  There is also a teacher guide for each lesson (clearly written by an experienced teacher) but given your own formation and experience as an RE Teacher and the quality of each handout,  you may not require this.

Do go on line a check these resources from Tom

We are aware of the increased pressure on RE teachers at this particular time to gather resources for their students. Accordingly, we have decided to provide free access to the resources on our Soul Seekers website: www.soulseekers.ie . Please find the details below:

Greetings dear Friends.  Given the circumstances we find ourselves in I am postponing our planned Annual Gathering of the Rel Ed Community.  I do so with great sadness.  I just cherish that special Day and love seeing you all together.  I imagine this coming Academic year starting in September will be a very strange time.  Students will be coming at different times and days with learning at home to facilitate safety within the school environment   Our planned day will be something to return to whenever we get settled back into a new way of being school communities.  I will discern a time when we have coped with the stress and changes that will have to take place.  Can I urge you to try your best to get a good rest when school ends.  The weather has been such a blessing so far.  I hope you will get time to chill and recharge.  Do continue to watch out, be careful and remain safe and well.  God bless and love you all.   Declan

This Annual Gathering has proved to be very successful in helping to meet the personal, spiritual and professional needs of teachers of Religious Education in our Archdiocese.  It also affords an opportunity for RE teachers and HODs to build networks for support and to exchange ideas and resources.  Being part of this community helps build a strong sense of support, belonging and identity.  We hope to commence at 9.45 am with Taize Lectio based Morning Prayer,

Full details can be downloaded here.

( Bring 15 copies of one resource you used and found good )

I really hope as many of you as possible will come along.

I realise the Co Louth schools will be on Summer Holiday by then but maybe a few may make it north to join us all.

“Lent,” Pope Francis said, “is a time in which to turn off the television and open the Bible.”

During his teaching for the weekly Audience the Pope reflected on the 40 days spent by Jesus in the desert as He prepared for His public ministry and said that, in a sense, it is a time for us to imitate Jesus and seek a place of silence, where we are free to hear the Lord’s word and experience His call.

“In the desert one hears the Word of God,” he said, “one finds intimacy with God and the love of the Lord,” noting that Jesus taught us how to seek the Father, who speaks to us in silence.  For many of us, it is not easy to be in silence as we live in an environment that is “polluted by too much verbal violence,” by so many “offensive and harmful words” which are amplified by the internet “ Lent is a time to disconnect from cell phones and connect to the Gospel,” he said.

“It is the time to give up useless words, chatter, rumours, gossip, and talk and to speak directly to the Lord,” he said, it is a time in which to dedicate ourselves to an ecology of the heart.

Following on from our CSW Tree planting and Sprout Pencils now is a chance to get more involved in saving our Planet  Mother Earth. .

The Laudato Tree Project is Ireland’s contribution to the Great Green Wall – an incredible global initiative to plant 8,000km of trees, spanning 13 countries, right across Africa and to establish a mosaic of greened areas in the Sahel region south of the Sahara.

While the trees you help us plant in Africa will combat the destructive impact of climate change, we must also practice what we preach. So, as a statement of intent that we are serious about tackling climate change and meeting our own greenhouse targets, your generous donations will also help plant trees in Ireland – a country with one of the lowest forest coverage levels in Europe.

The Laudato Tree – Be part of something amazing

A competition being run by Trócaire at the minute called Game Changers (runs to 20th April) where students are invited to create a card, board or video game that explores Climate Justice, Human Rights or Sustainable Development Goals.
https://www.trocaire.org/education/gamechangers 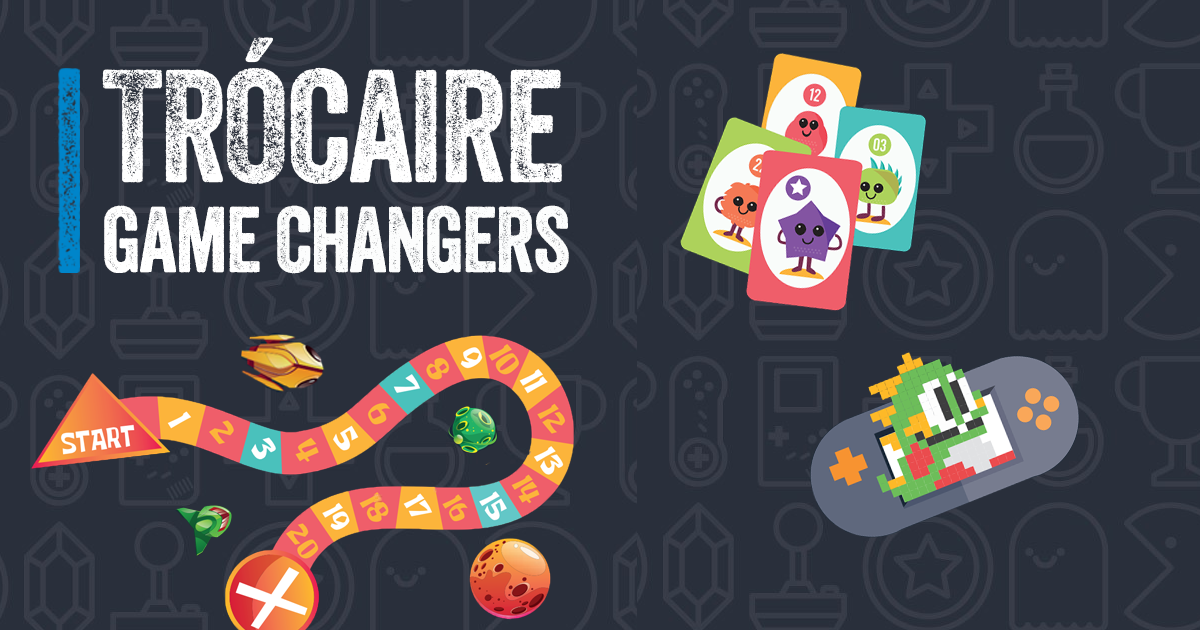 Game Changers | Trócaire
These 22 groups of young people, their teachers and Trócaire staff then came together to enjoy a hugely energetic and colourful event. On the day, the judges were wowed by the standard of gameplay on show but the final say on who took home the title went to the entrants themselves.